You are here: Home1 / News2 / Conceal and Carry Articles3 / Use of Force – Castle Doctrine – Minnesota 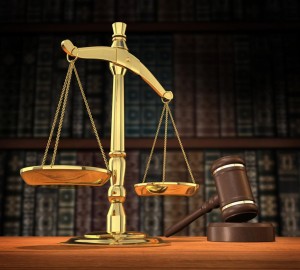 Castle Doctrine:
Definition (Wikipedia)
A Castle Doctrine (also known as a castle law or a defense of habitation law) is a legal doctrine that designates a person’s abode or any legally occupied place – e.g., a vehicle or home, as a place in which that person has protections and immunities permitting him or her, in certain circumstances, to use force (up to and including deadly force) to defend himself or herself against an intruder, free from legal prosecution for the consequences of the force used.[1] The term is most commonly used in the United States, though many other countries invoke comparable principles in their laws.

A person may have a duty to retreat to avoid violence if one can reasonably do so. Castle doctrines negate the duty to retreat when an individual is assaulted in a place where that individual has a right to be, such as within one’s own home. Deadly force may be justified and a defense of justifiable homicide applicable, in cases “when the actor reasonably fears imminent peril of death or serious bodily harm to him or herself or another”.[1] The castle doctrine is not a defined law that can be invoked, but a set of principles which may be incorporated in some form in the law of many jurisdictions.

Justifiable homicide[2] inside one’s home is distinct, as a matter of law, from castle doctrine’s no duty to retreat therefrom. Because the mere occurrence of trespassing—and occasionally a subjective requirement of fear—is sufficient to invoke the castle doctrine, the burden of proof of fact is much less challenging than that of justifying a homicide. With a mere justifiable homicide law, one generally must objectively prove to a trier of fact, beyond all reasonable doubt, the intent in the intruder’s mind to commit violence or a felony. It would be a misconception of law to infer that because a state has a justifiable homicide provision pertaining to one’s domicile, it has a castle doctrine, exonerating any duty whatsoever to retreat therefrom. The use of this legal principle in the United States has been controversial in relation to a number of cases in which it has been invoked, including the deaths of Japanese exchange student Yoshihiro Hattori and Scottish businessman Andrew de Vries.

MN Law does not support what typically would be considered “Castle Laws.” While most states (over 30) have some version of the “Castle Doctrine” in  their respective statute’s, MN is not one of them.

Existing state statute states that persons do not have a duty to retreat before using deadly force to protect themselves or prevent a felony from being committed inside their residence. However, gun rights advocates have reported instances where persons protecting themselves inside their home were criminally charged because they did not retreat.

The intentional taking of the life of another is not authorized by section 609.06, except when necessary in resisting or preventing an offense which the actor reasonably believes exposes the actor or another to great bodily harm or death, or preventing the commission of a felony in the actor’s place of abode.

Another Item to consider:

While, In fact, in Minnesota, you can shoot an intruder — even kill — if you feel threatened with great bodily harm or death.

You must stop shooting if the threat is eliminated, even if the intruder is still alive.

So when defending one’s self at home with a firearm it is important to remember that you are shooting to stop a threat, not to kill an intruder.

There have been several attempts in recent years to pass a “Castle Doctrine” type law in MN, most have not been passed and one was vetoed by Governor Dayton.

There will likely be another attempt in 2017, but don’t hold your breath, DFL Governor Dayton has shown little interest in supporting these types of legal changes.

Want to join the discussion?
Feel free to contribute!

How I Became a Chandler’s Employee